Sorry it has been a while since I posted about this game.  I work on multiple projects and it starts adding up quickly sometimes.  Best thing to do is not get stressed and work on what seems most important.  Now back at it though.

This update added a Massive World to Explore, Mountains, a Flag and Shrines to Discover.

I have put together a massive world to walk around and explore.  Exploring the world will allow you to find more plants to harvest in hopes of the much needed seeds.  The world is quite large so don't get lost. 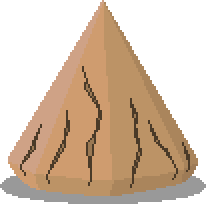 Mountains have been added as a Border to the World and for creation of the large world.

The flag is an item you can build and place and then pressing the "C" key you will be directed back to the Flag.  This will be useful for Exploring the large world and finding you way back to your current home.  It takes a small amount of resources so it can be easily destroyed and moved to where-ever you are going to live for that moment.  It was a much needed feature.

Shrines are the main focus of the game.  I have added 8 Shrines around the large world.  They are all initially broken.  You must fix the shrines by building them and using stone.  Future builds will implement a travel system using the shrines as way-points.  Right now you can find and build all 8 Shrines.  More to come for this feature as it will most likely be the end game.

Hope you enjoy the new build.  I have plans of getting a more final version of this game done before 2019. 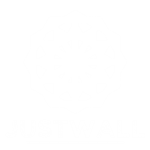 Get Under Brush (Prototype)