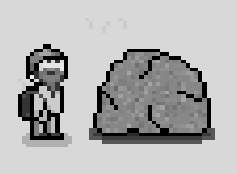 I have released an updated version of the game.  It is just some of the initial bugs, issues and minor enhancements I received feedback around.  The new version does not have any large enhancements to the game.  Here is a list of all the items I addressed:

I really do appreciate all the feedback I received on this game.  Thanks you all so much who have played so far.  The indie game community is proving to be my favorite community out there!